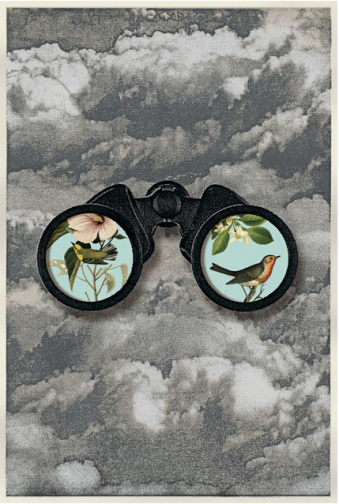 To slow global warming, we could blight every landscape with biofuel crops and wind turbines. But what about wildlife today? CREDIT ILLUSTRATION BY OLIVER MUNDAY

Jonathan Franzen, a writer who we have chosen to link to numerous times mainly because he is also clearly a bird guy, has a small masterpiece in this week’s New Yorker. Please, read it:

Last September, as someone who cares more about birds than the next man, I was following the story of the new stadium that the Twin Cities are building for their football Vikings. The stadium’s glass walls were expected to kill thousands of birds every year, and local bird-lovers had asked its sponsors to use a specially patterned glass to reduce collisions; the glass would have raised the stadium’s cost by one tenth of one per cent, and the sponsors had balked. Around the same time, the National Audubon Society issued a press release declaring climate change “the greatest threat” to American birds and warning that “nearly half ” of North America’s bird species were at risk of losing their habitats by 2080. Audubon’s announcement was credulously retransmitted by national and local media, including the Minneapolis Star Tribune, whose blogger on bird-related subjects, Jim Williams, drew the inevitable inference: Why argue about stadium glass when the real threat to birds was climate change? In comparison, Williams said, a few thousand bird deaths would be “nothing.”

I was in Santa Cruz, California, and already not in a good mood. The day I saw the Williams quote was the two hundred and fifty-fourth of a year in which, so far, sixteen had qualified as rainy. To the injury of a brutal drought came the daily insult of radio forecasters describing the weather as beautiful. It wasn’t that I didn’t share Williams’s anxiety about the future. What upset me was how a dire prophecy like Audubon’s could lead to indifference toward birds in the present.

Maybe it’s because I was raised as a Protestant and became an environmentalist, but I’ve long been struck by the spiritual kinship of environmentalism and New England Puritanism. Both belief systems are haunted by the feeling that simply to be human is to be guilty. In the case of environmentalism, the feeling is grounded in scientific fact. Whether it’s prehistoric North Americans hunting the mastodon to extinction, Maori wiping out the megafauna of New Zealand, or modern civilization deforesting the planet and emptying the oceans, human beings are universal killers of the natural world. And now climate change has given us an eschatology for reckoning with our guilt: coming soon, some hellishly overheated tomorrow, is Judgment Day. Unless we repent and mend our ways, we’ll all be sinners in the hands of an angry Earth.

I’m still susceptible to this sort of puritanism. Rarely do I board an airplane or drive to the grocery store without considering my carbon footprint and feeling guilty about it. But when I started watching birds, and worrying about their welfare, I became attracted to a countervailing strain of Christianity, inspired by St. Francis of Assisi’s example of loving what’s concrete and vulnerable and right in front of us. I gave my support to the focussed work of the American Bird Conservancy and local Audubon societies. Even the most ominously degraded landscape could make me happy if it had birds in it.

One thought on “Environmentalism, Puritanism and a Binocular View”