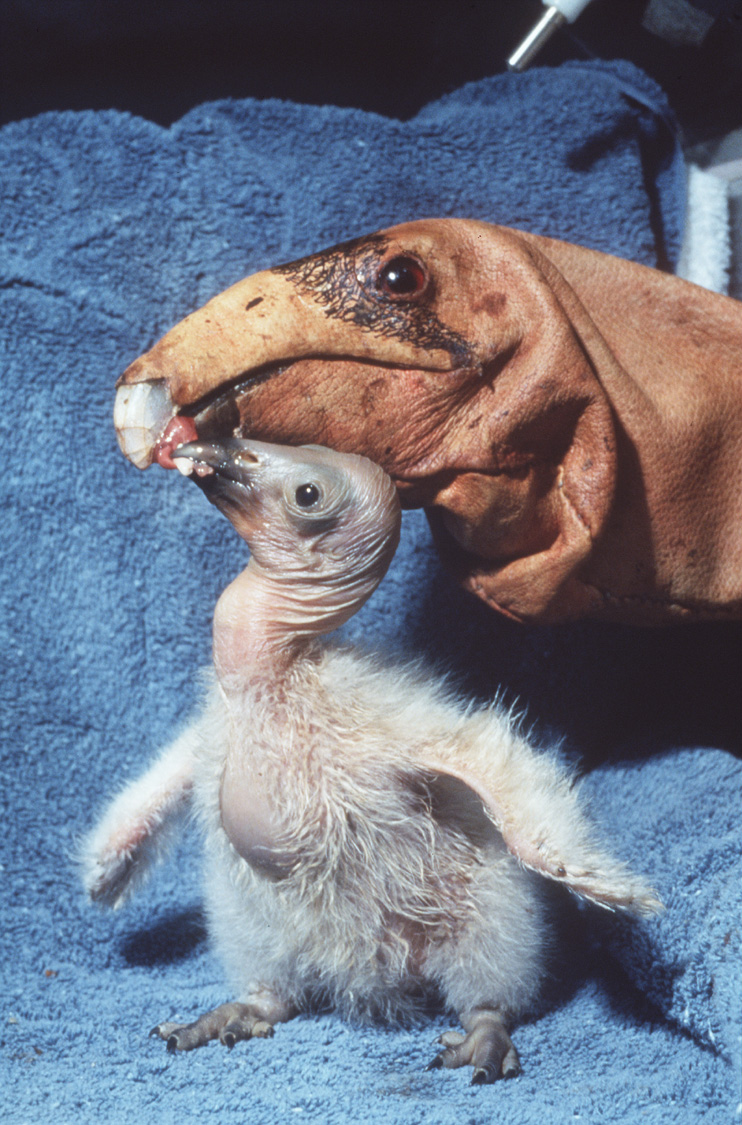 California Condor chick being fed by a puppet as part of the captive breeding program. Photo by Ron Garrison at the San Diego Zoo for the US Fish and Wildlife Service, via WikiMedia Commons.

Back in 1973 when the Endangered Species Act put the California Condor under protection, the species’ numbers were still dwindling at an alarming rate. In the following decade the remaining population was captured and bred in captivity, so as to protect chicks and release them into the wild. And last year, more condors were born and raised in the wild (14) than the number of adult wild condors that died (12), which represents success in the breeding program. There are now over 250 California Condors in the wild, a vast improvement over the 22 surviving birds that were captured for the start of the breeding program.

The captive breeding program continues with the Peregrine Fund‘s World Center for Birds of Prey near Boise being the top egg producer, with six eggs laid this spring and nine more expected.

She said two eggs laid at the facility last year were placed in wild nests in California where eggs were either infertile or damaged. The replacement eggs produced fledglings that officials count in the wild population.

Davis said about 20 to 40 condors, typically less than 2 years old, are released into the wild each year. They can live for about 60 years.

California condors can weigh as much as 25 pounds and have wingspans up to 10 feet. They were among the first species to receive federal protection under the Endangered Species Act in 1973.

Officials say lead poisoning from eating bullet fragments in animals killed with lead bullets continues to be a threat. Of the 12 wild condor deaths in 2015, two were attributed to lead poisoning.

See the original article by Keith Reidler on the Greenwich Time website.