Thanks to TNC’s Justine E. Hausheer for this story:

Can Platypus Persist Alongside People?

Most of us are familiar with the bizarre and improbable platypus: a mammal that lays eggs, secretes milk from its skin, and defends itself with a venomous spur on its hind leg. 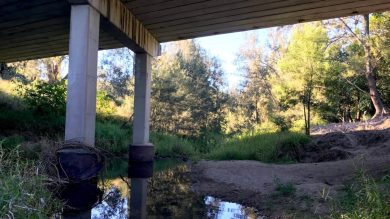 But the incredible little mammal wriggling in the net at my feet is all too real, and — like much of Australia’s iconic wildlife — it’s also in deep trouble. As urban development alters waterways, platypus populations are declining and their range is shrinking, putting the future of this wildlife wonder at risk.

“An Animal of All Time”

One Aboriginal story says that platypus originated from the union of a duck and a water-rat, which is rather apt. British naturalist George Shaw infamously thought the first platypus specimens sent back from Australia were a hoax, cutting the taxidermied corpse apart to try and find the stitching. 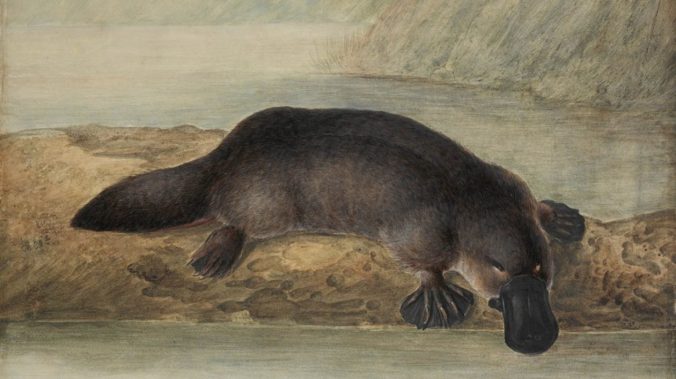 A painting by of a platypus by John Lewin, 1808. Photo © State Library of New South Wales / Wikimedia Commons

But the animal’s oddity afforded little protection from European settlers.

In the late 1800s and early 1900s, platypus were shot by the hundreds of thousands for the fur trade, much like the koala. “There are a lot of records of people shooting hundreds of thousands of platypus,” says Tahneal Hawke, a PhD student at the University of New South Wales who used historical records, like newspapers and explorers journals, to study the change in platypus populations over time. “By the late 1920s you can see the impact,” she says, “and there are a lot of records suggesting they were on the brink of extinction.”

Today, the threats are different, but no less deadly.

“Like with a lot of our wildlife, the big threat is habitat destruction,” explains Tamielle Brunt, who is studying platypus for her PhD with the University of Queensland and Wildlife Queensland. I’ve joined Brunt for a night in the field, as she gathers data on platypus in the Brisbane area.

As we stood under an overpass setting up nets, Brunt explained that platypus are quite specific when it comes to habitat. They need clear, cold streams with a mix pools and riffles — like tiny rapids over rocks — with water 1 to 5 meters deep (or 3 to 15 feet). Ideally the bottom is covered in rocks and logs, which harbour the macroinvertebrates that platypus eat.

They also need high, stable banks with native vegetation, whose deep roots secure the soil so platypus can dig the burrows where they rest and nest. The best streams have over-hanging banks and canopy cover to help protect them from predators…