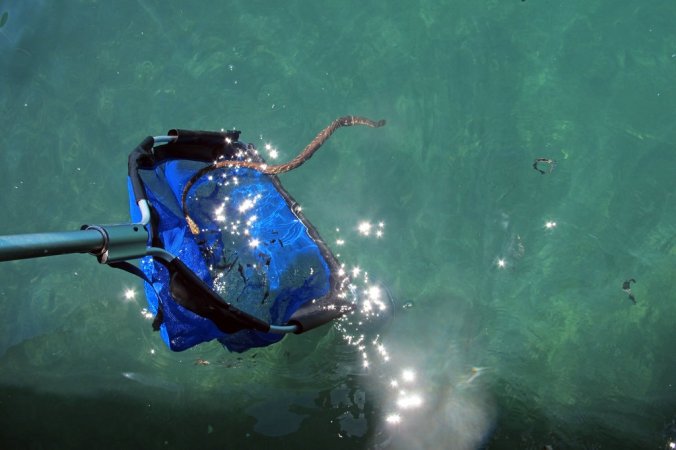 Devi Lockwood, who we first linked out to years ago, and only once, has finally reappeared with an awesome story. We look forward to seeing more like this:

She Studies Sea Snakes by the Seafloor

Sea snakes are the most diverse group of marine reptiles in the world, but they are poorly understood and threatened by development. Blanche D’Anastasi is among the scientists working to save them. 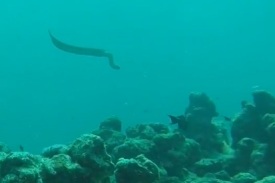 Six to eight million years ago, a snake related to swamp snakes or tiger snakes slithered into the sea. Over evolutionary time, descendants of that snake developed flattened paddle tails, an ability to breathe through the skin and a valve to stop water from entering the lungs. Today these creatures live their entire lives in the water. Clad in spots, triangles and stripes, they undulate across coral reefs or meadows of sea grass.

There are some 70 species of sea snakes in the world; they live in the Indian and Pacific oceans, in water less than 600 feet deep. Half of all species can be found in Australia, and they are particularly visible during their mating period, in July and August.

But sea snake populations have been declining rapidly for the last 20 years worldwide, as a result of climate change, pollution, fishing, habitat loss, mining exploration and disease. Although sea snakes are the most diverse group of marine reptiles — they outnumber sea turtle species by 10 to one — less is known about their ecology than that of any other group of reptiles.

This is because the research is difficult. If you want to find a sea snake, you have to go out searching for one. 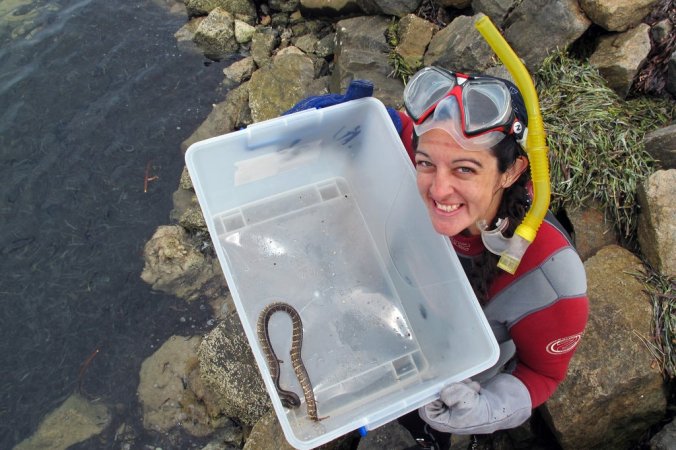 Blanche D’Anastasi, of James Cook University, studies sea snakes on Australia’s northwest coast. “Sometimes one will swim up to me and lick my mask and neck,” she said. Tara Fullston

Blanche D’Anastasi, a sea snake researcher at James Cook University in Queensland, Australia, travels to remote regions like Exmouth Gulf, on the country’s northwest coast, to find sea snakes in the wild. Sometimes she scuba dives or snorkels, but the most efficient technique is to be towed behind a boat while wearing a snorkel. When she spots a snake, Ms. D’Anastasi dives down to catch it in a bag.

“Sometimes one will swim up to me and lick my mask and neck,” she said. Others hide by swimming to the floor and sticking their heads in the sand near sea grass. Perhaps they are impersonating it.

Back on the boat, she collects a sliver of tail tissue, takes photos, measures the snake and sets it free. In her lab, she analyzes the animal’s genetic diversity.

Ms. D’Anastasi initially pursued a Ph.D. on the genetic diversity of sharks and rays. She shifted her focus to sea snakes after learning about the decline in their numbers.

The switch “felt like setting myself adrift in a warm, wild ocean current,” Ms. D’Anastasi said. “It was a scary step to take. I didn’t fully comprehend, at the time, the positive impact that this would have on my life and the conservation of sea snakes.”…