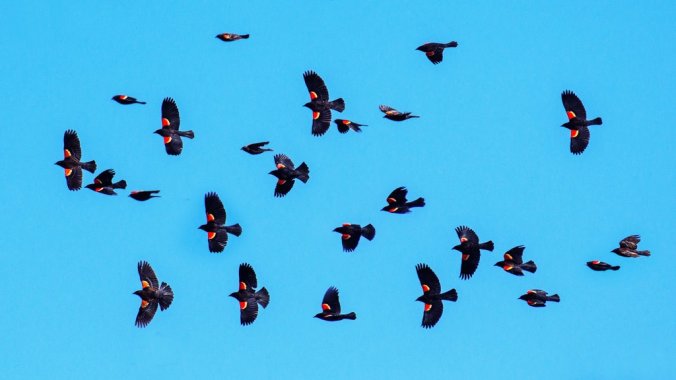 A flock of red-winged blackbirds over Long Island, N.Y.CreditCreditVicki Jauron, Babylon and Beyond Photography/Moment, via Getty Images

Thanks to the authors of this op-ed for a bit of clear thinking:

The mass disappearance of North American birds is a dire warning about the planet’s well-being. 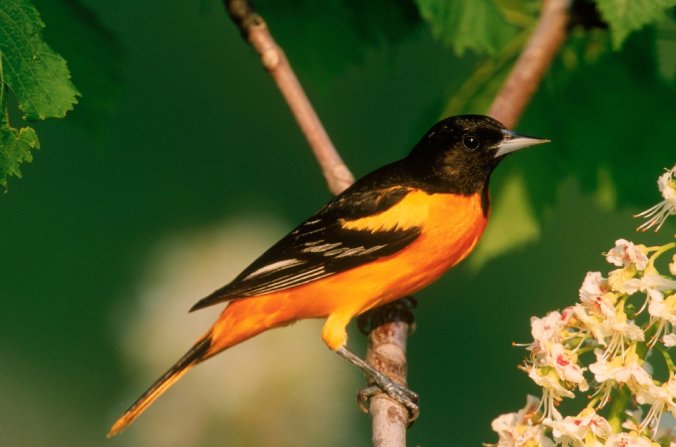 Nearly one-third of the wild birds in the United States and Canada have vanished since 1970, a staggering loss that suggests the very fabric of North America’s ecosystem is unraveling.

The disappearance of 2.9 billion birds over the past nearly 50 years was reported today in the journal Science, a result of a comprehensive study by a team of scientists from seven research institutions in the United States and Canada.

As ornithologists and the directors of two major research institutes that directed this study, even we were shocked by the results. We knew of well-documented losses among shorebirds and songbirds. But the magnitude of losses among 300 bird species was much larger than we had expected and alarmingly widespread across the continent.

What makes this study particularly compelling is the trustworthiness of the data. Birds are the best-studied group of wildlife; their populations have been carefully monitored over decades by scientists and citizen scientists alike. And in recent years, scientists have been able to track the volume of nighttime bird migrations through a network of 143 high-resolution weather radars. This study pulls all of that data together, and the results signal an unfolding crisis. More than half our grassland birds have disappeared, 717 million in all. Forests have lost more than one billion birds.

Much of the loss is among common species. The red-winged blackbird population has declined by 92 million. A quarter of all blue jays have disappeared, along with almost half of all Baltimore orioles. These are the birds we know and love, part of the bird life that makes North America lively, colorful and filled with song every spring. While it remains vital to save the most endangered of these birds, the loss of abundance among our most common species represents a different and frankly more ominous crisis.

Birds are indicator species, serving as acutely sensitive barometers of environmental health, and their mass declines signal that the earth’s biological systems are in trouble. Unfortunately, this study is just the latest in a long line of such mounting evidence.

A study in Germany, for instance, reported a midsummer decline of 82 percent in the biomass of flying insects over the past quarter century. Forty percent of the world’s amphibians are in danger of extinction, according to the International Union for Conservation of Nature. Stocks of bluefin tuna are down to the last 3 percent of their historic population, and the United States’ Atlantic cod fishery recently hit a low. A United Nations report this year warned that about a million animal and plant species face extinction. That’s “more than ever before in human history,” according to the report.

All these statistics together underscore the pervasive character of the Anthropocene, the new geological epoch defined by the planet’s natural systems being altered profoundly by human behavior. How deeply will these losses have to cut before society declares, “Enough!”?…

One thought on “A Different Kind Of Getting Clear”