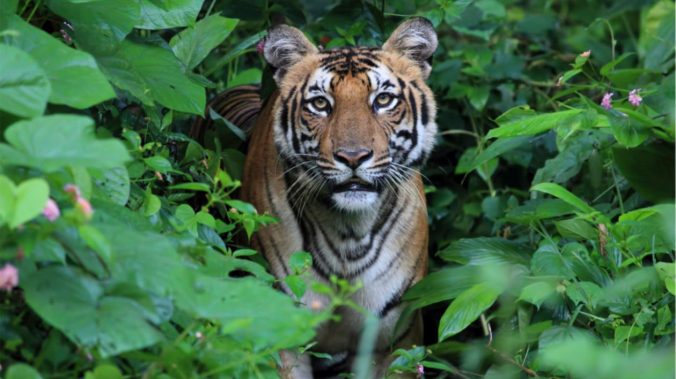 Sometimes the headlines for scientific findings seem to state the obvious; but then again, these days nothing is obvious, nor can be taken for granted:

Published in Environmental Research Letters, the study focused on India’s Western Ghats Mountains, one of 36 global biodiversity hotspots. The mountains are home to several wildlife reserves that were once colonial teak and eucalyptus plantations, allowing researchers to compare the carbon sequestration of both long-lived monoculture plantations and neighboring native forest.

Led by Anand M. Osuri, a scientist at Nature Conservation Foundation – India and former Columbia University NatureNet Science Fellow, the team discovered that carbon stocks in the plantations were 30 to 50 percent lower than natural evergreen forest, and about equivalent to moist deciduous forest. They also found that the rate of carbon capture in plantations was less stable over time, and natural forests were more resilient to disturbances, including drought.

“Our results show that while certain types of monocultures can potentially accumulate significant carbon stocks over time, they cannot replace the climate-regulating functions provided by natural forests,” says Osuri.

Read the story at its source.