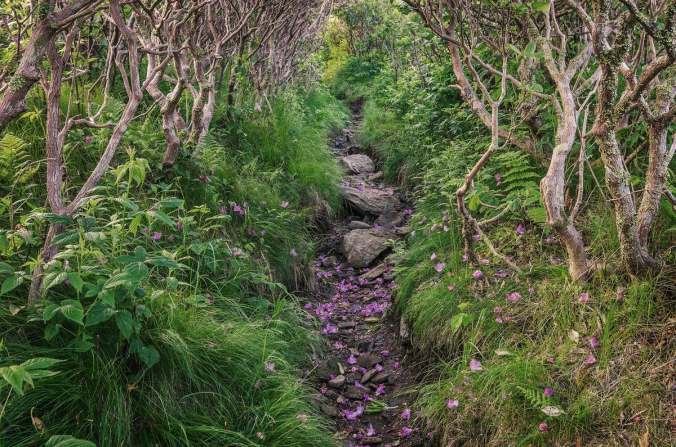 Thanks to Will Harlan, a journalist, for this opinion:

Will the Appalachian Trail Stop an $8 Billion Pipeline?

It’s up to the U.S. Supreme Court.

BIG IVY, N.C. — I live in Appalachia, and on Sunday mornings I hike the Appalachian Trail across the mountains I call home. It is my church. I drink from its springs and rest in the shade of its ancient forests.

For decades, the trail has been my refuge. I have run for miles through tunnels of rhododendron, crossed paths with bears and camped with my children beneath starry skies.

A few years ago, however, the 600-mile Atlantic Coast Pipeline broke ground, and crews began clear-cutting a scar across the mountains to move fracked natural gas from West Virginia to customers in Virginia and North Carolina. On my trail treks in Virginia, I watched the bulldozers creep closer.

Then suddenly, on a crisp fall morning in 2018, the bulldozers stopped. The U.S. Court of Appeals for the Fourth Circuit vacated a permit allowing the pipeline to cross the trail deep beneath the ground.

Now the Supreme Court is scheduled to hear arguments on Monday on what will happen to the $8 billion project. It’s a showdown between some of the country’s leading fossil fuel utilities and an environmental group, the Cowpasture River Preservation Association.

The outcome could upend pipeline construction here and elsewhere in the country, should a planned pipeline cross one of the nation’s 11 national scenic trails.

Stretching 2,192 miles from Maine to Georgia, the Appalachian National Scenic Trail is the longest and most popular hiking-only footpath in the world. Quite unexpectedly, it also has become a formidable and possibly final dirt line of defense against the Atlantic Coast Pipeline.

The Supreme Court case boils down to this: Energy companies received a permit from the U.S. Forest Service allowing pipeline construction through national forests that the agency oversees. But the Appalachian Trail is a unit of the national park system, which the Forest Service does not manage. The National Park Service does. Moreover, federal law prohibits any federal agency from authorizing a pipeline in the national park system…