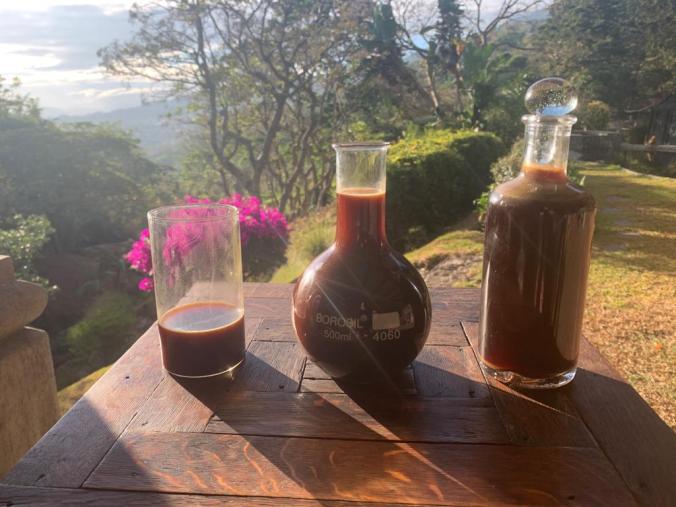 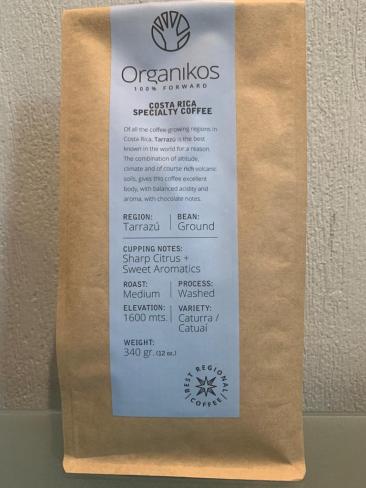 I have been drinking hot coffee every morning for four decades, plus the occasional espresso, and on rare occasions on a hot summer day I have had iced coffee. Maybe ten times in my life have I been interested in drinking a coffee that was not hot. My morning coffee ritual is easily the most consistent feature of my adult life. So, I was not expecting what happened this week. I am now on the fourth day of testing my response to slow brew, which is four days longer than I have gone without drinking hot coffee first thing in the morning since 1980.

For the first stage of this experiment I brewed our Tarrazu regional blend, packaged in the photo just above. In the photo above that it is in the small bottle on the right. You can see that a residue has formed at the top of the vessel after a few days of sitting, which resembles the spuma on the head of a good espresso. Today I am drinking a slow brew of Hacienda House, our tribute to the coffee estate on which Marriott’s Hacienda Belen is situated in Costa Rica’s Central Valley. This can be seen in the round beaker and the glass in the photo above.

It is darker, and in other ways different. I brewed the Tarrazu for 12 hours and the House for 18 hours. As I drink it now, one flavor pops in a way that it never has for me when I drink it hot: cinnamon!