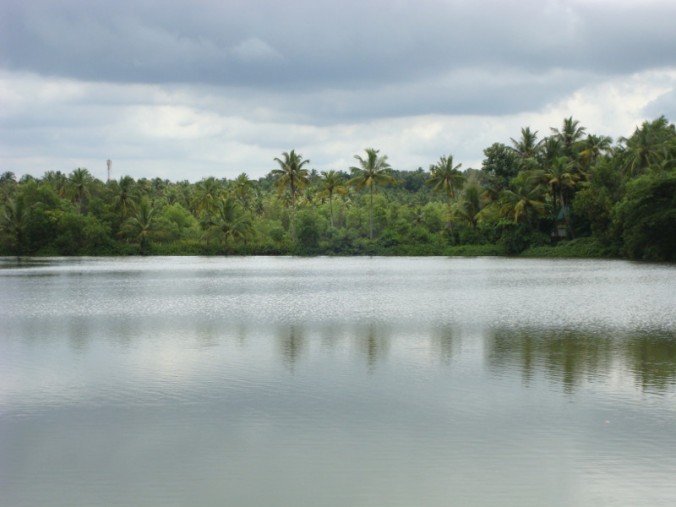 Today we went to  a 68 acre fish farm in Thrissur called ‘Haya Poya’. They were using a traditional box system (the local name is petty para) to collect fish and manage the water level. We went to learn about implementing aquaculture at Kayal Villa, a newer property.

By using this traditional method, they do not have to introduce new varieties of fish in order to farm. They do this mainly because it is less costly to collect the fish naturally than to artificially introduce fish. Also, since it is all local varieties, it limits the possibility of messing up the natural ecosystem with foreign invasive species.

During our ride home, the agronomist, Mr. Deyal, and I continued the conversation about doing what’s ecologically beneficial is actually easier and more cost-efficient. He said

This reminds me of a conversation I had with an oil driller recently. When I asked him what the most challenging thing about his job was, he said ‘going against nature,’ and then proceeded to tell me how rebellious nature was to the oil drilling process and how costly it is. I found it interesting that although their career choices were the antithesis of each other, the conversations I had with them had parallel messages: going against nature is costly.  END_OF_DOCUMENT_TOKEN_TO_BE_REPLACED